When traveling to Bali with a baby - may I suggest the possibility of sitting out the ever popular Balinese dance show in Ubud.
There are many dance shows here, performed by men and women in elaborate costumes and an orchestra playing some instrument I don't know, but it looks really beautiful.  They tell different stories about nature, kings, and good and evil.
What they don't tell you is that you'll be watching the performance in the most mosquito-y place ever and that the performance will be never ending.
After watching a dragon dance in a doorway for about ten minutes before even entering, we knew we were in for a slow show. Outside .Past Joey's bedtime.
It definitely had its entertaining moments: the girls in beautiful costumes, the man dressed as a monkey, but alas, Joey was not having it and was beginning to get overtired. We tried to avoid this by catching a six o'clock show. But, like I said, the shows never end.  I think we likely would have been there for a good 2.5/3 hours had we stayed for the whole thing, but we had a bit of a hike to get home and it was already past seven and dark outside, so it was time to call 'er quits.

We did our little hike back home, some of it in the (almost) pitch black, hoping we wouldn't run into any monkeys. Success! We were home, and VERY tired, before eight o'clock and plunked Joey down into a bathtub for a quick rinse, then into bed.

The end. Here's Joey and I before the dance show: 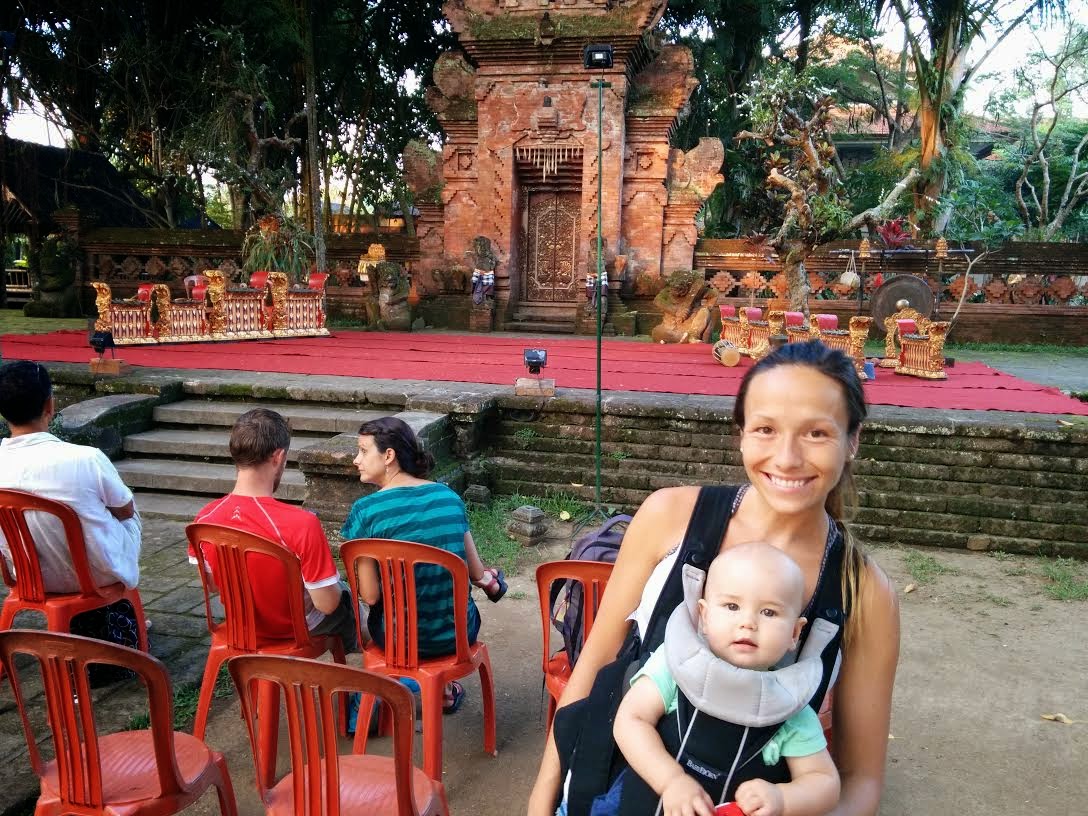